Inspire is a Verb – Esprit de She

By Deena EbbertJanuary 13, 2015Fitness & Wellbeing, Inspire is a Verb
No Comments

I just got another secret note.
“Shh….don’t tell anyone…but I absolutely must tell someone…you think I can, so I think I can, so I’m doing a crazy fitnessy thing…YAY!”
It’s the third note this week.

I get it. When I decided to get my fit together, the first steps of my journey were super-secret too. Slinking downstairs to the apartment complex gym at odd hours, when people were less likely to catch me leaping around in my grotty track suit. Shaking my groove thing to Moves Like Jagger and Sexyback, because I desperately wanted my sexy back. Hauling my carcass back upstairs and collapsing on my pleather couch in an exhausted nap during which I’d dream that, if I could keep going, little by little I’d stack up enough tiny victories to make a mountain. 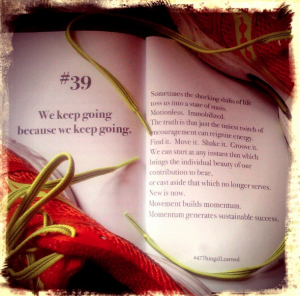 Those first steps were 3 years, 42 weeks, and 5 days ago. Umpteen jump-squats ago. At least a few sizes ago. A lifetime ago.

I know, I know. I’m an annoyingly enthusiastic work-out-a-thon.

I do it because otherwise I’d crawl back under the table and cry and eat mashed potatoes and drink boxed wine until I got back up to 194. It wasn’t easy to start feeling inspired, but I had to trade something bad for something better. So I traded the time I spent crying for time at the gym.

Once I looked for inspiration, I began seeing inspiration everywhere. In Doug Mumaw, who enlisted me to beta test his gateway wellness program, Actors Are Athletes. In Michael Anderson, who fired up my enthusiasm about functional fitness. In the mighty Molly Hutchins, who got my motor running for 5K running.

Next, my eyes lit on the Esprit de She Ambassadors, a group of women devoted to serving one another’s wellness journeys through social media interactions. I gobble up their blogs, follow their Twitters, and gaze upon their Instagrams with gratitude.

A friend leaned over to me at a party and asked me why. “Why are you so fitnessy these days?”

Because I intend to use my 49th year as the training grounds for the second half of my first century. Because I want us to live longer and better lives. Because, even though I haven’t heard back from the Esprit de She folks, I’m acting “as if”.

Because I know we can do it alone. Each one of us. We can, and we’ll get some distance. But we dont’ have to do it alone, and we shouldn’t. We can go further, stronger, if we do it together.

Because I believe there is a better feeling inside of each of us. Because I think we should kick so much a** that we wear out our socks. 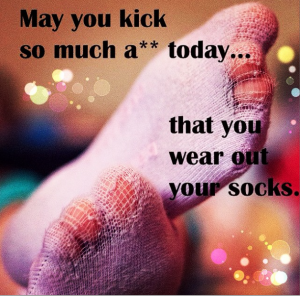 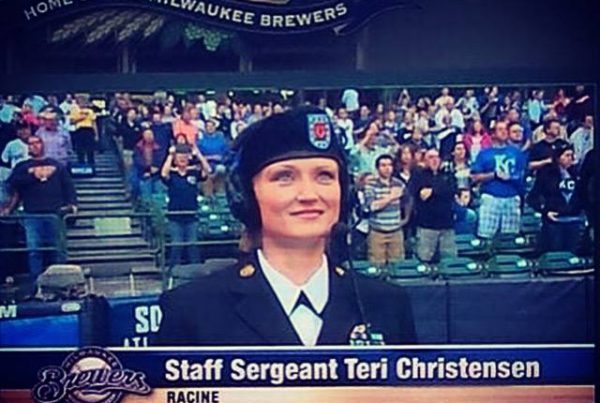 Inspire is a Verb

Inspire is a Verb – The Liebster Award

© 2023 Deena Ebbert is Propellergirl. What Propels You?